A Day Of Spectacular Adventures In Manchester

Nele van Hout
Nele is a freelance writer and SEO editor living in Manchester. She also shares travel guides for the best European city breaks on her site, The Navigatio

Mancunians are proud of their roots, and it’s easy to see why.

Manchester is brimming with beautiful architecture and a lively atmosphere where friendly locals happily welcome you into their city.

Known for its industrial past, famous football teams, and being much more affordable than the capital, Manchester makes for the perfect city adventure.

Being the transport hub of the north, it’s also easy to visit neighbouring cities like Liverpool, Chester, or York.

But don’t forget to stop in Manchester itself – the city has so much to offer for an unforgettable trip.

And while you can easily roam around without twiddling your thumbs, we’ve put together an easy-to-follow itinerary to make the most of an action-packed day trip.

Start your day in Manchester by visiting the Cathedral. Even though it’s over 600 years old, it’s been beautifully preserved and hosts many events such as jazz and tribute concerts.

Be sure to hop on either one of the guided tours starting at 11am and 2pm every day except Sundays. But you can also freely walk around at your own pace, too.

If you arrive early eager to explore this wonderful part of history, you can enjoy a steamy cappuccino at Cafe 1881, just a stone’s throw across the road.

They also serve delicious cakes as a wonderful treat to compliment your cuppa!

After your visit to the Cathedral, it’s time to walk up Deansgate, one of the city’s more notable streets filled with life and vibrant character.

Manchester’s contrast between old and new is something that sets the city apart, and John Rylands Library is a perfect example of this.

Almost hidden in between the modern offices and restaurants on Deansgate, the late-Victorian neo-Gothic building hosts one of the most beautiful libraries in the country.

It’s free to enter and, once inside, be sure to stop by the reading room as it’s truly a magical cove.

It almost feels like standing in Harry Potter’s Hogwarts.

And as Manchester is the place where J.K. Rowling invented Quidditch, we can only imagine what other buildings inspired her.

With many museums to choose from in Manchester, it can be slightly overwhelming to choose just one or two.

Especially if you’re only here for the day. But take it from us: you can’t go wrong with the Science and Industry Museum.

As the world's first industrial city, you can imagine there’s quite a bit to uncover.

The museum focuses on Manchester’s heritage and the cotton industry, giving you some insight into how much the city has achieved.

But if you’d rather dive into Manchester’s famous football culture, then the National Football Museum is the right way to go.

With two world-famous teams (Manchester United and Manchester City for those that aren’t in the know), the city is home to the world’s largest football museum.

It’s a wonderful opportunity to soak up the fascinating football culture that, for many, symbolises the city.

Wander around the wide collections of the game’s history, from an FA replica of the Jules Rimet to FA Cup silverware.

Take on the 12-yard Penalty Shootout challenge and see if you can overcome the unexpected surprises from the other games in the Play Gallery.

Lunch in the Northern Quarter

After exploring the more traditional side of Manchester, the afternoon will give you an insight into its modern additions.

In the Northern Quarter, you can find most of Manchester’s independent shops, cafes, and eateries. The streets are filled with art and overflow with creativity.

This truly captures the heart of Manchester and its people. And Mancunians like their coffee.

On top of the huge number of Starbucks and Costa Coffee locations, there is no shortage of independent cafes, making it a great spot for lunch and a quick cuppa.

And while in the Northern Quarter, be sure to have a shop around. The area has many quirky shops, selling almost anything you can imagine.

A fabulous place to (window) shop is Afflecks Palace. Every room in this three-storied building is yet another independent shop.

In terms of what you can buy, there is a huge variety - from hand-made guitars and action figures to vintage clothing and crystals.

You can even get a tarot card reading on the third floor or have a bite to eat in one of the indoor cafes.

Even if you’re not looking to buy something, walking through Afflecks Palace gives you a glimpse into what Manchester’s entrepreneurial spirits have to offer.

With a variety of one-mand-band vendors, the Northern Quarter is also a remarkable place to grab a table for dinner. We suggest settling in at Mackie Mayor.

It’s quite simply an outstanding place to get comfy, taste some delicious food, and reminisce on the experiences you’ve discovered.

The building was opened in 1858 and used as a food market for decades before it was turned into the stylish, contemporary food hall it is today.

You’ll see the brick walls and the stunning glass roof give it that industrial atmosphere Manchester is all about.

And with quite a few different cuisines to choose from, it truly has something for everybody.

Cocktails with a view

What better way to end a glorious day in Manchester than a few drinks overlooking the city?

Manchester’s ever-expanding skyline has got some fantastic sky bars, where you can view the city from above. Especially during sunset, it’s phenomenal.

Cloud23 in the Beetham Tower gives you some breathtaking views. But you can also pay a visit to 20 Stories, where the 360-degree view will leave you in awe of Manchester’s stunning beauty.

And while the sun sets over Manchester, you’ll already be planning your next visit to this outstanding city – this time, for a long weekend.

Or you could visit some of Manchester’s neighbouring cities like Liverpool and Chester.

Either way, Manchester will gladly welcome you back any time. 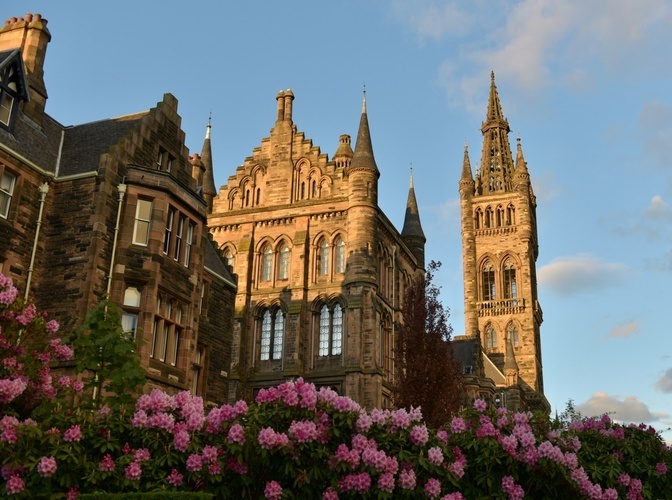