Hannah Dawn
Hannah Dawn is a freelance writer with a background in book publishing. She loves nothing more than hiking, scuba diving, and eating her way around new places.

Brighton, Bournemouth, and Blackpool may be the more notable seaside towns in the UK, but our island nation is abundant with many more coastal getaways.

Clinging to the coastline of the Thanet district, East Kent, the seaside towns of Margate, Ramsgate, and Broadstairs offer you a blend of sandy beaches, hiking trails, museums, and hair-raising attractions.

While this cluster of towns is a handy weekend destination, you can also visit all three towns on a single day trip from London.

Here’s how you can look forward to spending your time in Thanet. 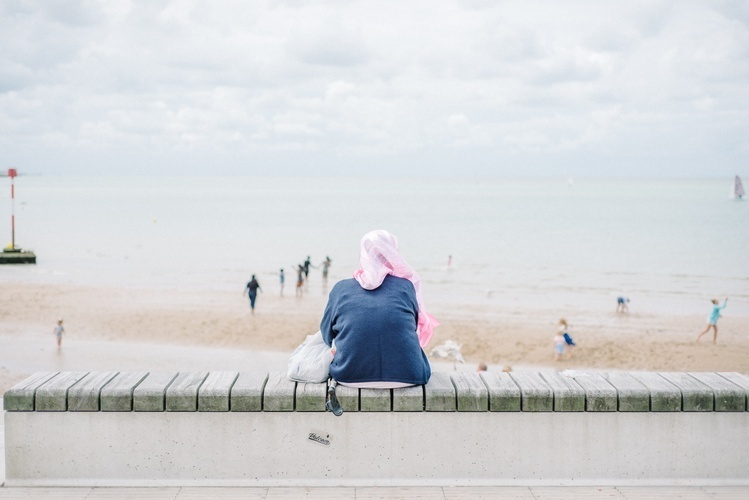 Probably the more well-known of the three, Margate cuts a clear rival for Brighton with its oceanfront theme park, wide sandy beach, and charming old town.

Sheltered by the bar-studded Margate Harbour Arm and flanked with seafood huts and ice cream stalls, the golden sand of Margate Main Sands is the ultimate summer destination.

Venture to the western point of the beach and you can take a dip in the tidal swimming pool.

Situated a mile from Margate Old Town and covering four acres, the Walpole Tidal Pool is the largest of its kind in the UK. Both tidal pools are free and are safe for a paddle.

Occupying a prime spot overlooking The Bay, the Turner Contemporary is just one of the many cultural attractions on offer in Margate.

The Old Town is teeming with museums, art galleries, and theatres with the Shell Grotto being a standout spot.

Discovered in the 1830s, this subterranean passageway is adorned with millions of shells, and we have next to no knowledge about who conceived it or what it was used for.

Dating back to the late 19th-century, the park is brimming with all the coastal classics of a British funfair.

Entrance to Dreamland is free and you need to buy wristbands online or at the park to go on the rides.

Dreamland hosts concerts and one-day festivals so it’s worth checking their event’s calendar well ahead of your visit. 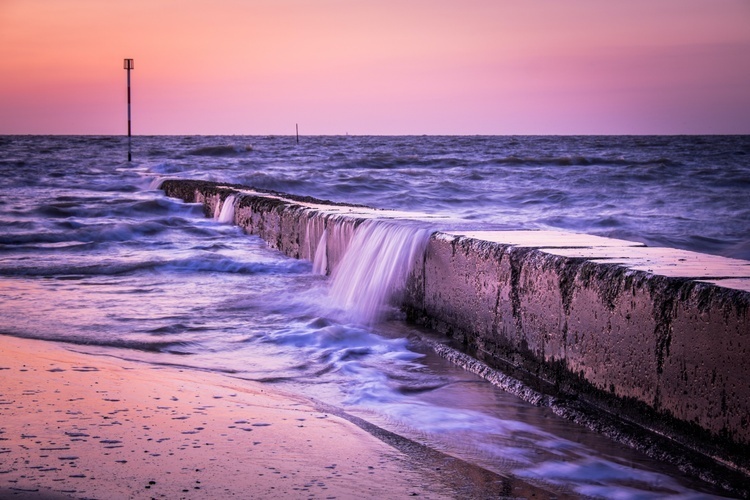 Shabby-chic Ramsgate is often overlooked by Margate and Broadstairs within this seaside trio, but we think the historically rich town is highly worth a visit.

Home to the only Royal Harbour in the UK, the modern marina is brimming with bobbing yachts, wonderful restaurants, and oceanside nooks where you can tuck into fish and chips al fresco.

Open during the summer season, the Ramsgate Maritime Museum is a deep dive into regional history through four permanent galleries plus one ever-changing exhibition hall to explore.

Ramsgate played a pivotal role during World War II. The Port of Ramsgate was the chief embarkment point for hundreds of Operation Dynamo boats bound for Dunkirk in 1940.

Little Ships is named for those ‘little ships’ assembled for the rescue mission.

As Ramsgate was a target during airstrikes, a series of tunnels were carved into the cliffs on the site of a former railway to provide shelter from bombings.

Guided tours of the Ramsgate Tunnels last around 90 minutes and it’s recommended you book in advance.

Subject to when you visit, the attraction hosts special events and costume parties.

Before you leave Ramsgate, rummage around the 200 stalls that make up the Petticoat Lane Emporium, comprising vintage clothes, antiques, retro furnishings, and other curious artefacts.

Venture upstairs and you’ll find the whimsical Sherlock’s Snug at the Baker Street Cafe: a quirky spot in town for a coffee or cocktail. 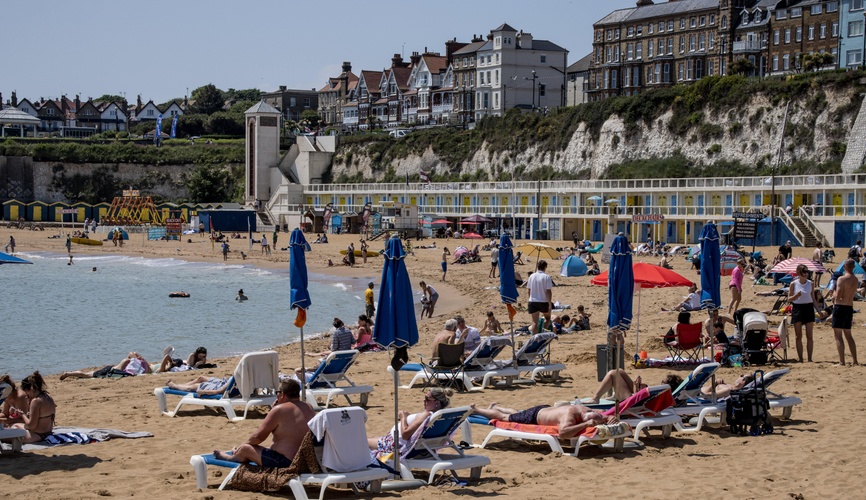 Broadstairs is the smallest of the three towns with a proud legacy as Charles Dickens’ favourite seaside escape.

Fans of the writer can explore the Dickens House Museum which is home to his writing box and personal letters, among other possessions.

Meanwhile, film buffs can catch a classic, Arthouse picture, or the latest blockbuster at The Palace.

Viking Bay, culminating with the panoramic Victoria Gardens, is the most central beach.

But you have a further six options within walking distance if you’d prefer to find somewhere less crowded.

Botany Bay is a particularly scenic choice to soak up the sunshine (or shelter from the coastal winds) with its rugged chalk cliffs and rock pools where you can get a close-up of crabs and starfish.

It’s possible to walk between Ramsgate and Broadstairs via the hilltop settlement, Dumpton Gap.

At low tide, you can follow the passage that runs alongside the ocean while the cliffs offer a scenic alternative for high tide.

Venture down the High Street which is awash with friendly taverns that were favoured by Dickens.

Among those, look out for the few pubs that proudly promote the fact that they were overlooked by the great writer!

Getting there and around 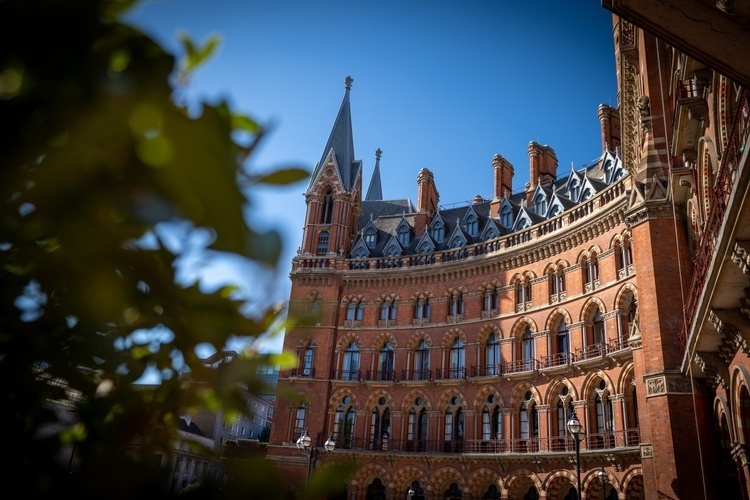 Trains depart throughout the day from London St Pancras and call at Ramsgate, Broadstairs, and Margate. The quickest options take around 90 minutes to reach Margate.

Once at your first town you can get around using the Thanet Loop buses which run every 10 minutes.

The adult fare is £4.20 for unlimited journeys in one day while families can opt for a family ticket at £8.40.

Cyclists may opt to follow the Viking Route (officially the Regional Cycle Network 15), a 32-mile circuit that swings past Margate, Broadstairs, and Ramsgate, as well as the inland villages and towns.

Be sure to download the cycle trail map before setting off.

All the major beaches are closed to dogs during the summer season but between the months of September and May, you’re welcome to walk your four-legged friends on the beach.

Accommodation is available in all three towns if you want to turn your day trip into a weekender.

In Ramsgate, you can sleep beneath the works of local artists in The Falstaff Hotel which features a lush garden.

And over in Broadstairs, The Royal Albion Hotel stakes its claim as being the regular haunt of Charles Dickens. 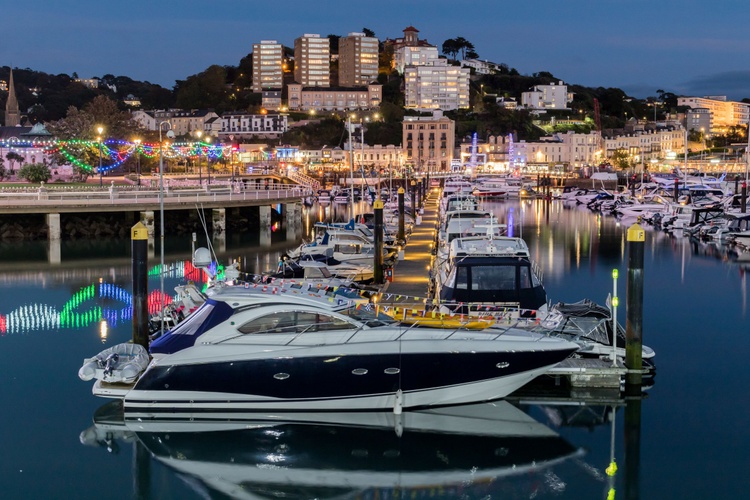 18 January 2022
Torquay: Not Just Any Other English Seaside Town