Torquay: Not just any other English seaside town

Simon Coates
Simon is an artist, writer and curator who loves music and culture

A semi-circle of coastal towns, the region of Torbay has been known as the English Riviera ever since the Victorians discovered that the area’s mild climate was perfect for holidays away from the city.

Offering up the slightly kitsch, delicately faded grandeur that England does so well and central to the bay, Torquay is a thriving seaside harbour town that isn’t just about sticks of rock and fairground rides.

The birthplace of crime writer Agatha Christie, founder of electronic dance collective Metronomy, Joseph Mount, and comedy legend Peter Cook, Torquay lays out all manner of interesting reasons to stop and stay a while. 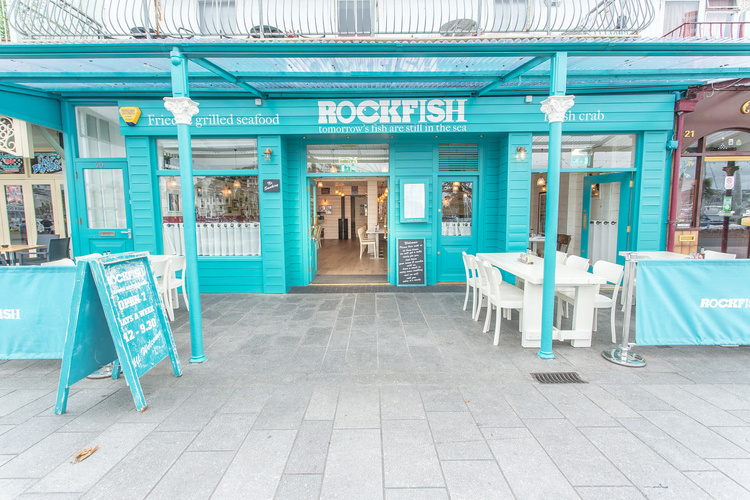 Headquartered in the nearby fishing port of Brixham, the Rockfish chain consists of nine fish and seafood restaurants spread across the South West.

The business owns its own fishing boat and is predicated on ocean sustainability, with its restaurants’ menus changing daily, based on that morning’s catch.

As with all its eateries, Rockfish’s Torquay branch is relaxing and informal in look and feel, and service is friendly without being overbearing.

Dishes are keenly priced, and the food is very tasty. A selection of main courses come with unlimited chips. 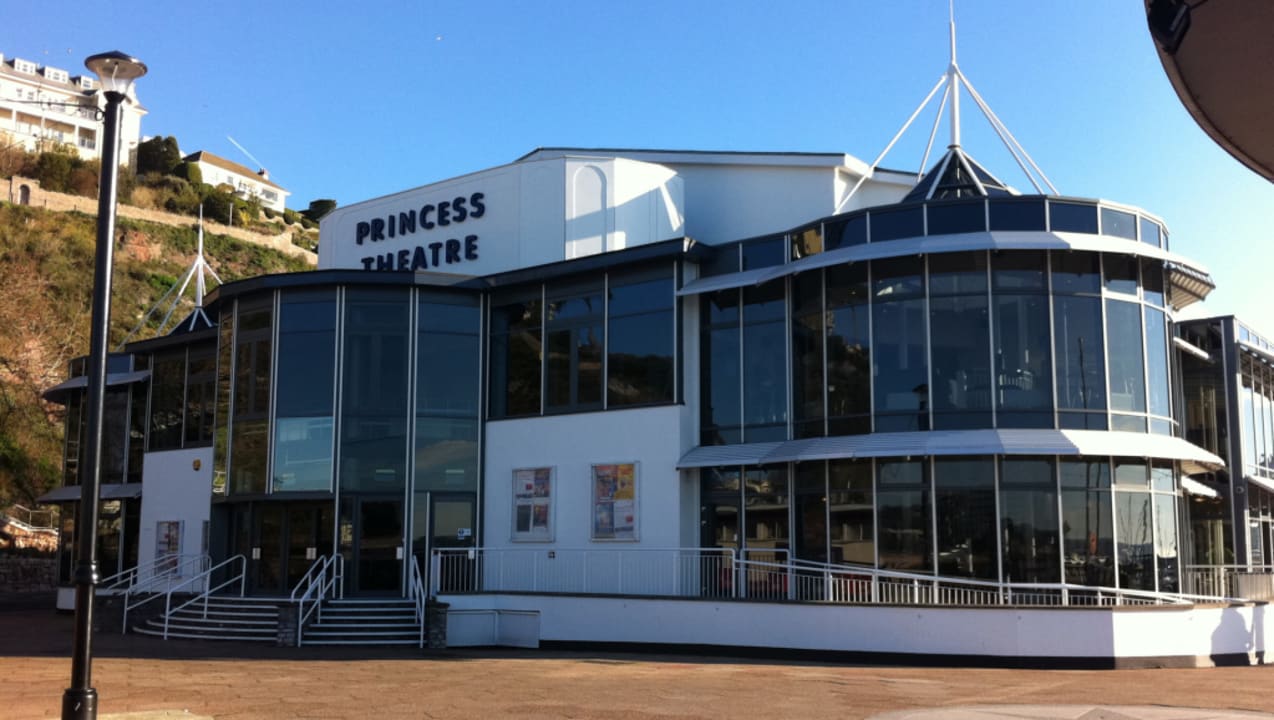 Built in the 1960s, Torquay’s Princess Theatre was built to augment the palm tree-dotted Princess Gardens public park near the town’s seafront.

Traditionally a base for the kind of standard variety performances favoured by English holiday camps, since 2000 the theatre’s focus has shifted slightly.

Furthermore, the 1,500-seat venue has become a favourite stage for a decent selection of some of the UK’s best stand-up comedians.

If that’s not enough, The Beatles performed at the Princess Theatre in 1963. 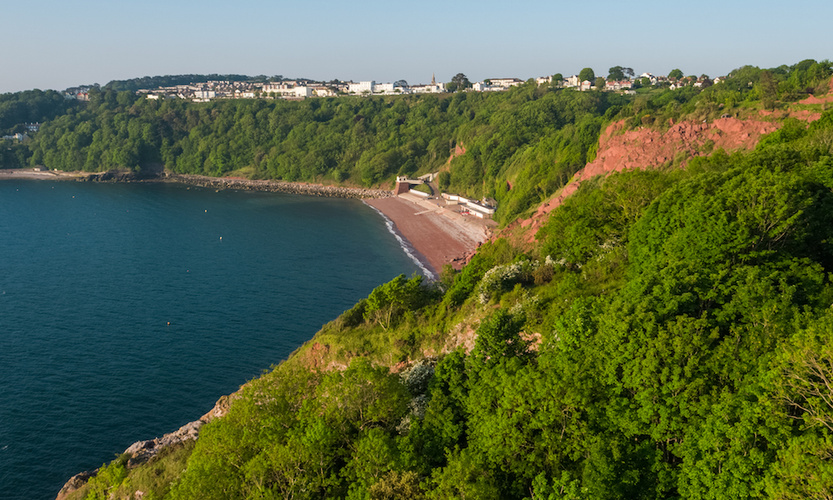 It would be downright rude to visit Torquay and not spend a couple of hours on at least one of its beaches.

Torre Abbey Sands is the town’s main beach and is easily accessed by road and foot from the town centre.

It’s a beautiful stretch of red sand that’s family-friendly and is known, too, for its water sports.

Oddicombe Beach is much less accessible, which can mean that it’s less busy all year round.

Reached by a steep road or via the Babbacombe Cliff Railway, a near-vertical funicular rail track that carries passengers up and down the cliffside, Oddiscombe has loos and even a little café. 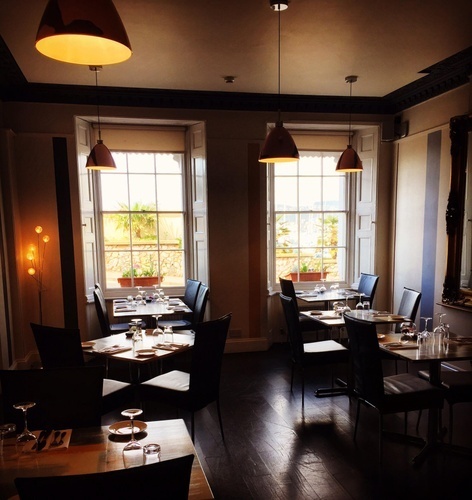 A meal at The Elephant is an excuse to dress up a bit.

It’s not cheap, of course, but the dishes on offer certainly warrant their price tag.

À la carte mains are priced from around £25 (mostly meat and fish with a couple of veggie options), and side dishes are extra.

Although the set lunch menu offers pretty good value at £25.50 a head for two courses.

The Elephant’s dishes change on a regular basis - based on the availability of ingredients - and the restaurant has its own 69-acre farm, based in Brixham.

It provides the kitchen with seasonal produce and free-range chicken, lamb, pork, and Kelly Bronze turkeys.

Unusually for a restaurant of this heft, The Elephant welcomes children, and offers a children’s menu for kids aged ten and over, but only for lunches. 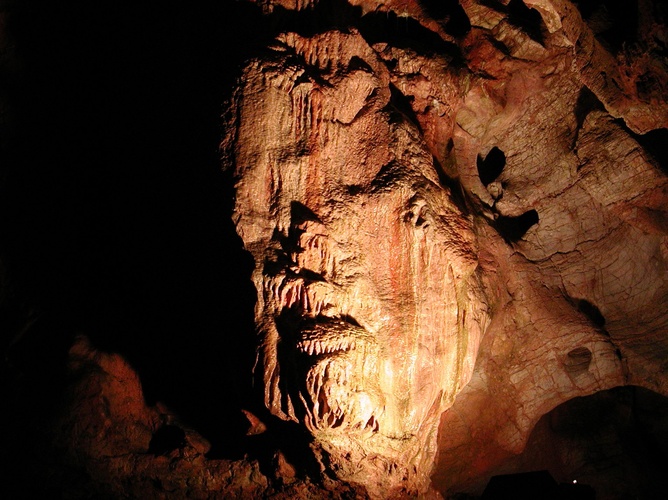 Much of the area in and around Torquay (and Torbay) has been designated as a UNESCO Global Geopark.

This means that it’s a geographical area of international geological significance and is protected and conserved as such.

Kent’s Cavern falls within the Geopark and is significant as it’s one of Europe’s most important Stone Age cave systems.

This opportunity has by no means gone to waste, and a whole visitor’s centre has popped up around the caves.

Luckily, it’s a very good visitor’s centre, with an educational emphasis that does justice to the magnificence of the geology.

What’s more, the onsite café - Firehouse Kitchen - has won awards for its food.

Admission fees to the caves apply.

Born in Torquay in 1890, the town is understandably proud of its relationship with history’s most successful crime writer.

Agatha Christie wrote 66 detective novels, and her books have sold over one billion copies, placing her in third position behind The Bible and the works of Shakespeare in international sales.

Put together by the local tourist board, the Agatha Christie Mile is a charming, undemanding walk that takes in twelve Torquay spots that have a connection with the writer and her tales.

Check out, for example, the Imperial Hotel which featured in Christie’s novels Peril at End House, The Body in the Library and Sleeping Murder.

Or the aforementioned Princess Gardens that featured in The ABC Murders.

An extremely noble endeavour, the Artizan Collective Gallery was set up in 2014.

It was, in part, to see if the Torbay area could achieve a similar artistic prominence as other, balmy seaside art destinations like Cornwall’s St Ives.

A double-fronted gallery space on one of Torquay’s busiest shopping streets, the gallery offers local and national artists the chance of solo and group exhibitions, and actively sets out to support local creatives.

While it’s unlikely that many of the artists whose work hangs in the gallery will ever gain a Turner Prize nomination, the artwork on show is clearly created with devotion.

A monastery founded in the 1190s, Torre Abbey was bought by the local council in 1930 and reopened as a site of historical importance complete with art galleries and eighteen acres of garden.

It’s a local history museum, really, and it’s arguable that the Abbey’s best asset is that it’s somewhere to while away a few hours in peace and quiet.

That said, it’s still owned by the council, and they do put together an impressive programme of events and workshops within the space.

In the summer, for example, there’s an outdoor cinema on the grounds. And there are also courses in subjects as diverse as djembe drumming and geology.

The abbey’s extensive gardens contain an intriguing collection of potent plants (both medicinal and deadly poisonous), all of which are used or mentioned in Agatha Christie's novels.

18 January 2022
What To See And Do At The Barbican, Plymouth 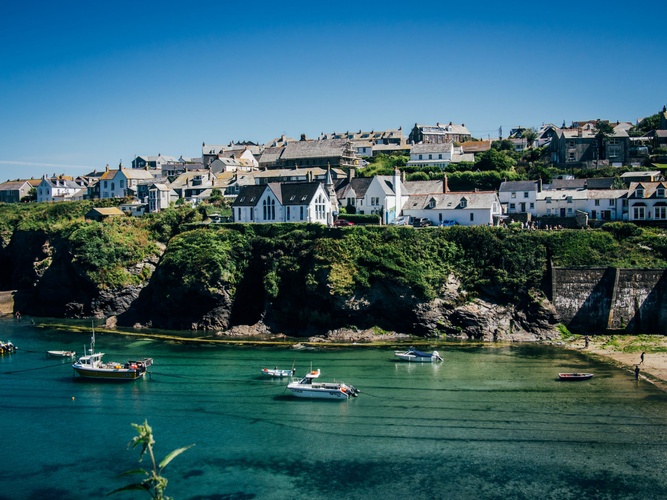